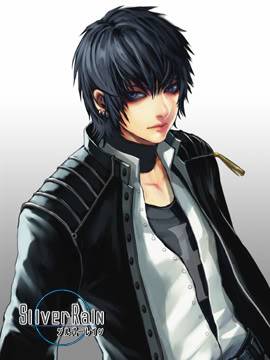 Personality Description:
Jay is quite anxious and cocky at times. He tends to stay out of all the drama that happens around him, and is normally cocky to people he's never met. He can be greatly friendly to people he knows, and maybe even strangers sometimes. Jay is oftenly laidback and independent.


Physical Description:
Jay has a nice muscular body outline, due to his frequent excercising. He believes excercising is the key to his survival. Jay has that natural beauty from being a vampire, and can easily seduce someone from his looks. He has silky dirty blonde hair, and faded green eyes.

History: Jay grew up in Manhattan, New York. Jay had an average life with two apparently "loving" parents, two brothers, and one sister. Jay and his sister Jessika are the youngest of the Prestons. As a child Jay was careless, and would rather spend all day and night leaning against a tree, which shows his laziness and him being laidback. At the age of 10, his parents had left his siblings, including himself in the streets of Manhattan which to him was their way of showing "love". Not understanding what was going on, Jay and his siblings decided to move on with their life, growing quite a large bond during everything. They tend to stick together, and protect each other. Jay slept at a local warehouse, while his siblings slept together in a building. Jay liked his privacy and would rather sleep alone. About 3 days after his parents left him, a oddly pale man entered the warehouse and confronted Jay, saying " Hah! What's a foolish child like you doing in here!?" Jay who at the time had grown a attitude replied " Hah! What's a fag like you picking a fight with a kid?" The man who apparently had an attitude aswell, flew at Jay in one leap. He grasped his neck in midair and slung him to the wall. Jay who was in shock, tried to yell but nothing seemed to come out. Jay who had slammed right into the wall, dropped down in agony, he had broken his leg. The man walked up to Jay and laughed maliciously. Jay who was cocky, grabbed the pipe near him and swung it at the mans head. The man slouched back a bit, barely feeling a thing. The man who was annoyed, bent down and bit his broken leg. In agony, Jay yelled. This time his voice was heard. The man who was alarmed fled out the warehouse and into the shadows. Jay who was only 10, couldn't bare the pain and soon enough he went unconcious. Once Jay woke up the next day, he found himself at the hospital. Struggling to break free from the straps on his feet and hands, he yanked with thrust and the straps flew off the bed and slammed onto the door. Jay heard footsteps running, as if he/she was right next to the door, but in reality he/she was three halls down. Jay leaped off the bed, which ended up swinging him to the window. Spreading his legs around, Jay busted through the window, barely feeling the glass pierce his skin. Jay, ran down the dark alley and fled from the hospital.

It's been 6 years since the encounter with the vampire. Jay hasen't been seen in public for those 6 years aswell. Eventually, Jay made his first appearance in a long time at the age of 16. Jay was practicing and learning more about his "gift" Jay decided to enroll himself at a nearby highschool, where he got his education. Jay to this day, is quite difficult to find in the open. Whenever Jay get's that craving for blood, he has to make a stressing decision..

The Prestons are now usually seen together, if not the brothers would be