Personality Description: Brandon is a Very Charming Boy, who instantly makes girls like him And he Enjoys teasing them with a heart melting smile. Brandon hates when guys hits on the girls he likes. Brandon has a really short temper Also which makes almost anything set him off. Brandon usually Finds himself to be "old Fashioned" because he was raised to respect a Woman, but he gets a thrill out of teasing girls. Brandon will always put his life on the line for the girl he loves with all of his heart. 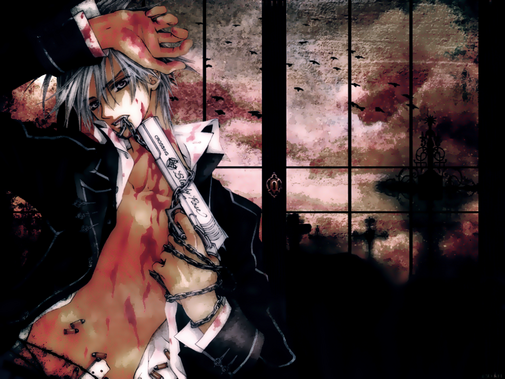 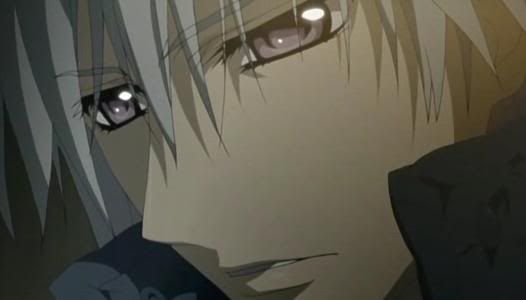 History: Brandon Lost his parents to Werewolves, who Brandon Despises now. Brandon Moved to forks on his "18th Birthday". He met a really cute girl named Raine, who he instantly liked and kept teasing her with a various Heart Melting Smiles. He Later Turned Raine into a Vampire to prove to her that Our Kind Exisited in life. He Kept her Alive after Voi a Girl from his "Coven" tried to stop the Venom, but sucked a bit too much blood from her body. Brandon Allowed Raine to take some of his from his body to keep her alive. Everytime Raine Loses Control, Brandon Allows her to calm herself from his blood. Brandon admitted his feelings for Raine one day, then they offically became an exclusive Item. One Day Brandon and Raine were being their usualy loving selves with eachother, when someone from Brandons "coven" Voi's boyfriend yelled to Voi that he had sex with Raine and that she was Pregnant. Brandon lost his cool, and was planning on killing julian. Voi took the bad news pretty harsh and made an attempt to kill herself. Raine, Brandons Mate usually gets pissed off at him for something he cant control at times, but when he does he uses his abilites to try and get raine to be the most popular girl in forks. In the End Raine usually gets pissed off and wants to kill all the girls who fall under Brandons Ability. Raine is immune to his ability so she doesnt have to worry.


Brandon and Raine Kinda Had a "Seperation" that nearly killed Brandon. Raine left him because Brandon was overprotective and Didnt trust her best-friend Johnny. Brandon had all rights to not trust Johnny, because before he was turned when he was a human he made a move and kissed Raine Which utterly enraged Brandon. Brandon Completely pleaded for raine to take him back, and when she did she told him something that would frighten most people, but Brandon Loved Raine too much to care about what she had to tell him. Raine said she was pregnant and then made eye contact with johnny. Brandon said he didnt care EVEN if the kid was Johnny, because knew deep down inside him that there was a slight chance that he could be the father. Raine couldnt take the choice of choosen either the one she loved, or her best friend so she did what she only could do. Raine Jumped off a cliff in La push and nearly killed herself. Raine didnt use her healing powers to save her life, and her so called best friend Johnny couldve said Raine, but he refused to use his ability and almost let her die. Carlisle came to La Push after hearing what happened there from one of the locals. He Took Raine to the hospital and somehow saved her life. Unfortunately he had only one option, and that was to erase her memories. Brandon Constantly tries to get raine to remember him, He even shattered his own arm and clawed himself up, just to see raine when she wasnt allowed visitors. One day, Brandon found Raine and he started talking to her, he was shocked when she remembered who he was abit. Raine ran away from Brandon scared, cuz she still wasnt sure who he was, so he followed her to La Push. He walked up behind her slowly and put his arms around her, which she had an instant reaction to leaning in to him. Brandon Promised Raine he will always be there for her, and the child to cuz he loved them both so much.

One day which you thought would be a happy day, turned out completely wrong. Raine was going into Labour and as usual Brandon and Johnny were arguing. Raine took off, then we found her, but she was about to give birth to her child. We ran into Hannah a nomadic vampire who helped us with the medical procedures. She went to work, Brandon let Raine Rest her head in his lap, take his hand to squeeze and tried soothing her with his free hand which was cold to raine for some reason. Johnny was sure of that he was the father which he was, but he did the usual. Nothing. Later After the baby was delievered, who is a boy btw. Raine gave her child the Name: Cassidy Clarice. They went on and on, passing the baby between Raine and johnnu while brandon continued to let her rest her head on his lap. Then suddenly Johnny was mad at Brandon for some reason, the typical thing between them. Raine wasnt in the mood for our fighting, specially not with her child around. Once Raine Left, Johnny went Furious. He used his ability to cut the blood flow from Brandons legs, and then made a spike out of his own, and let go through Brandons head, Killing Him.

Christian Found Brandons Body, and took it to Forks Hospital. Christian Went out to find Raine to see if she could do anything to bring Brandon back. Raine went to the hospital, where she found Brandons dead body. She went beside it and fell to her knees in sadness, she knew who caused this. Raine, who had no one else to help her raise the baby cuz johnny left her, used her ability to somehow revive Brandon giving him a new chance. Johnny walked into the hospital to see Raine, Ashley, Marko and his enemy and blood covered Brandon. Johnny went furious, but impressed that Brandon survived and demanded to know who did saved him. He thought of a suspision of who had saved Brandon, once Brandon read that thought he told johnny the answer. Johnny grabbed Raine and a girl named Izzy who Raine had been holding onto to protect her. Brandon Chased after them, Weak still from his recovery. Everytime Brandon tried Getting close to Raine, johnny would snap and start attacking Brandon. Johnny almost killed Brandon for a second time, shattering his ribs and everything. Carlisle did an amazing Job and told Brandon to never give up on Raine. Brandon ran back to where everyone was, but it was too late. Once he got there he found Johnny almost dead and Raine went over to his body, layed over it and started crying. This furiated Brandon because no matter how much pain he took, no matter how many time's he has died, Raine hasnt shown emotions like that towards him. Despite all this Brandon asked Carlisle to take Johnny backm but johnny wouldnt let him. Brandon Grabbed Johnny despite the injuries on them both and took him to the hospital where Carlisle Saved him. He said he has to go back to his family, since he is a human now and Asked Brandon to be a father to HIS child. Brandon and agreed and went to comfort Raine when Johnny Left. Is this really the end...?(To Be Continued)